How to Raise Your Series A: What Investors Look for in an Early-Stage Platform Want to make it to your Series A?

Version One Ventures is an early-stage fund investing in outstanding consumer internet, SaaS and mobile entrepreneurs. Its portfolio includes successful platform companies like AngelList, Clarity, IndieGoGo, and Figure1, as well as many others. I recently talked with Version One’s Boris Wertz and Angela Kingyens about what they look for when investing in platform businesses. Read below for five key factors for early-stage platforms and what it takes for your company to raise its Series A.

Q: What do you look for when investing in marketplace platforms?

A: We look at several key factors. First is the size of the potential market, and then we look at the company’s growth rate and how quickly it can capture a strong share of that market. Another key factor is whether the business has strong network effects. Does the value to each user increase as you get more users on board? Are users evangelizing the platform to organically bring more consumers and producers on board?

We also look closely at whether the platform is extensible over time, either vertically or horizontally into other markets. Think about what Uber has done expanding from just black cabs into other ride services like UberX or Airbnb’s ambitions to facilitate not just the hotel stay but the entire travel experience.

The frequency of transactions is another important metric for any platform business. We looked at one company that positioned itself as a search and booking platform for veterinarians. On the surface the idea sounds like it might work well because it’s a similar business to a few proven winners. But people many not go through the process of looking for a veterinarian nearly as often as they do for other services like home repair or cleaning services, so the frequency just isn’t there.

That’s why we also shy away from platforms that deal in one-and-done transactions. The transaction isn’t repeatable – the platform might help connect you with that the other party, but after that there’s less incentive for the customer or producer to return again.

Q: So for seed-stage companies looking to raise a Series A round, what do they need to demonstrate to you to convince you to invest?

A: Well the first thing is that they need to demonstrate a Minimum Viable Product (MVP). After that, they need to show active engagement from users.

Q: When you talk about engagement, do you mean like Fred Wilson’s classic engagement pyramid?

A: Exactly. In Wilson’s framework, 1% of users produce content, 9% of users curate content, and 90% of users consume content in some fashion. If a platform can show engagement that’s significantly higher in one of the first two categories, it’ll get our attention. For the long-term success of the business, this is non-trivial. The entrepreneur needs to show that they understand what it is that keeps users coming back day after day, week after week, month after month.

We also look at if the platform has a high composition of dual users, meaning users who act as both producers and consumers. Think of people both producing and consuming content on Facebook or Twitter, or sellers on Etsy who also tend to be some of its biggest buyers.

Q: What about platforms that have good engagement but are struggling to balance the ratio of producers and consumers they need to get to critical mass? We do work with platform clients around pricing models and incentive structures to help them balance their consumer and producer user base. What role does that play for you?

A: The platform needs to understand how its users interact and figure out how best to encourage the right balance of consumers and producers. Its incentive and pricing structures are a core part of that and makes a big difference in the platform’s long-term growth potential and whether or not it can get that initial core group of users that it needs to hit critical mass.

Q: What else do you look for in companies approaching their Series A?

A: The quality of users is a big one.

If the platform can get users in a high value market like Figure1, which is like Instagram for Doctors. It has a huge number of organic users who really value a private network of doctor-generated content. So for them, the size of the network might be smaller than, say, Facebook, but the network effects within that community are strong.

Q: Thanks a lot, team! We’ll look forward to Part 2 of this discussion, leading into growth challenges and indicators for companies approaching their Series B and beyond.

Want to learn more about Version One Ventures? Click here. What It Takes to be the Next Uber: Getting to Your Series B and Beyond 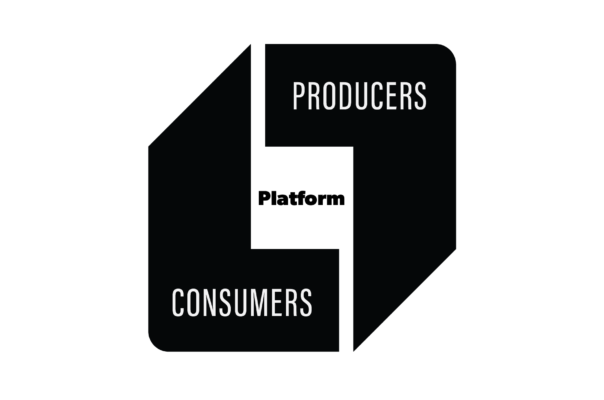 Platform Business Model – Definition | What is it? | Explanation

How Much Does It Cost To Make An App?